toplevel domain .swiss Internet Governance in May in Bern >< All the 2015 news from the Swiss domains 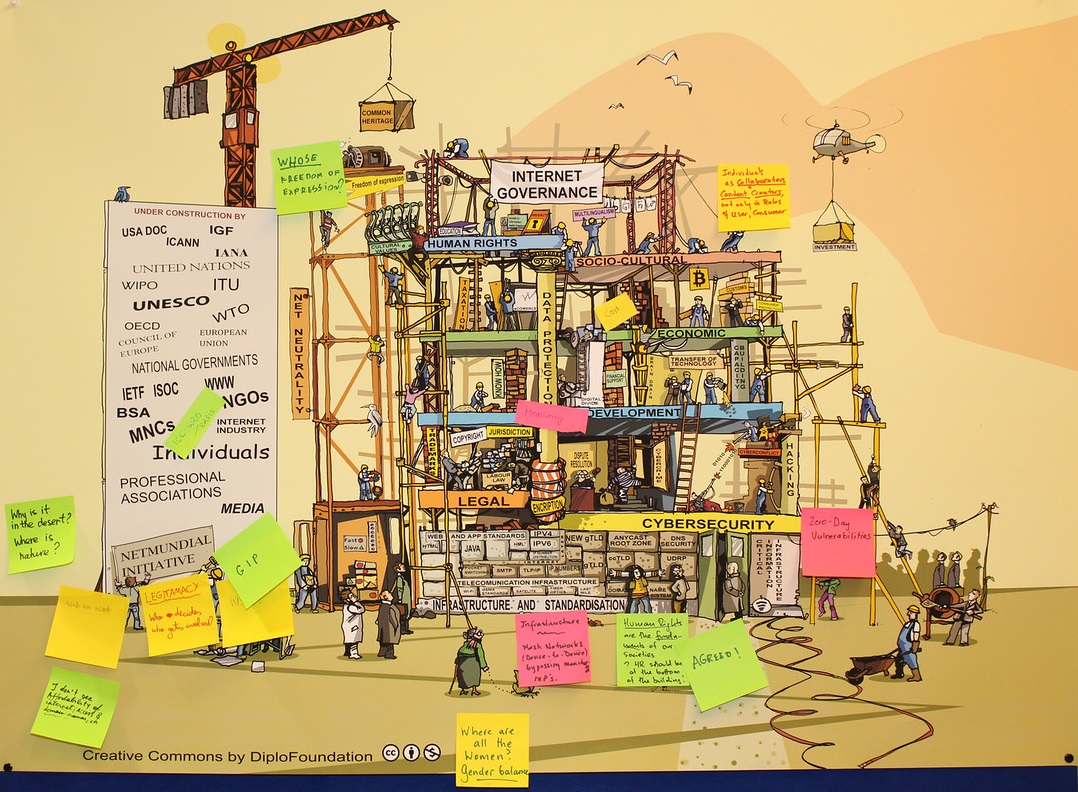 From 20 to 23 November 2014, Geneva, an international city if ever there was one, hosted the first edition of the "Geneva Internet Platform" (GIP) initiated by the Swiss Confederation. During the Geneva Internet Conference, which brought together, among others, major international web organizations. Its aim, to grant the different Internet actors/global governance, not without promoting Geneva as a major place for such governance.

What is Internet byg governance? At present, there is no body assuming the role of governor for the Internet. When you are alone, there is no need for a leader or a leader. But From the moment when several actors are involved - states, companies, individuals - the need for a major figure is obvious.

The Internet is now emerging as a gigantic structure where the above-mentioned actors interact. As an end user, I am a consumer and an actor/web, I have an identity that needs to be regulated by bydes organizations in charge of domain name allocation/web and IP address management.

Above the end user, there are ISPs (Internet Access Providers). They constitute Local Internet Registries (LIRs). But it should be noted that these organizations are members, under the umbrella that they are other entities such as the RIPE NCC (European IP Networks) which ensure the coordination/technical and administrative aspects of the smooth running of the Internet. RIPE is a kind of large registry, strictly speaking a Regional Internet Registries (RIRs). There is an equivalent of RIPE for each continent, or geopolitical region, with the Internet covering almost the entire globe. Thus, next to RIPE are held AFRINIC, APNIC, ARIN, ARIN, and LANIC, so many RIRs that coordinate themselves to work for the proper functioning of the net.

The RIRs themselves are overseen by an organization called IANA (Internet Assigned Numbers Authority) which manages the Internet's IP address space, a mission entrusted to it by ICANN (Internet Corporation For Assigned Names and Numbers), which is an international Internet governance body governed by American law and reports to the American Secretary of Commerce.

These entities therefore manage addressing resources (IP address and domain name) in a pyramidal way. Speaking from the member countries of ICANN, the global Internet regulator, its president Fadi Chehadé, invited to give a keynote speech at the meeting, said that"[...] if our DNA will remain American, our openness to the world is a reality. ». It responded to the perspective of a less significant control of the US/Internet in favour of decentralized, transnational governance. This can only delight a large part of the international community, which, following the revelations of the Snowden affair/ global espionage of the NSA, nourishes the wish to free itself from American yoke.

What role can Geneva play? What is the point of becoming a global hub for Internet governance? First of all, there is a historical liability. It was at CERN (European Organization for Nuclear Research) in 1989 that a computer scientist, Tim Berners-Lee, invented the World Wide Web. It should also be noted that the first international conference/www took place at CERN in May 1994. Finally, we can note that CERN had proposed various projects to the European Union Commission to ensure that the web remains an open, free and public law standard. Many actors in the Domain are present, such as the ITU (International Telecommunication Union), of which All States are members; the Internet Forum/Governance (IGF); the Internet Council of Registrars (CORE); or the WTO (World Trade Organization). Many decisions concerning the Internet are already taken in Geneva, including bydes UN bodies such as the World Intellectual Property Organization (WIPO). Not to mention global diplomacy.


Geneva can be the capital of the Internet, and meet the requirements of transparency, neutrality, in short democracy that our changing humanity so desperately needs. It also contributes to Switzerland's competitiveness in the field of information. Becoming the world headquarters of the Internet is a source of pride for Switzerland, whose political model is probably not reflected in its attractiveness as an international organisation.