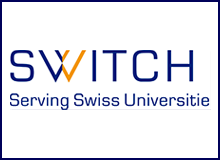 OFCOM will review SWITCH's tasks in the management of.ch domain names. By 2015, "nic.ch" (SWITCH) could, as was the case with".li" at the beginning of the year, no longer make direct sales in order to improve competition. This also shows a willingness to follow international practices in this area.

As a reminder, SWITCH has been the".ch" and".li" domain name registration service since the beginning of the Internet, mandated by OFCOM. The foundation carries out wholesale sales but unlike many other equivalent organizations (afnic.fr, nic.us), it also sells domain names at retail. OFCOM wishes to review the legal framework governing these issues, also taking into account the end of SWITCH's mandate (March 2015).

These reforms are also part of a series of stormy episodes. Thus, in 2010, following a supervisory procedure, OFCOM forced SWITCH not to guarantee its switchplus subsidiary advertising services until it also granted it to other wholesale partners.

SWITCH had appealed to the Federal Court for what it considered to be an unacceptable intervention in its economic freedom. In 2012, the court accepted SWITCH's appeal and released it/this point from OFCOM's decision.